Wow, the years just keep on rolling – amazing that our 2nd lad has turned FIVE.

He’s off to school next year !

Here’s the posts from his 1st and 2nd and 3rd and 4th birthdays.

When reading the blog post from last year (turning 4), it’s interesting to see how little has changed in his life – and yet – a LOT has changed.

This year has been the end of his “boots” which we scaled back when he turned 4.5 back in April.   He actually wanted to keep wearing them for a bit – and was wanting to do one-night-on / one-night-off – but that soon changed.   He can now jump into and out of bed as he wants – and it’s much easier for everyone.

Last night with boots – and then – boots-off-party ! 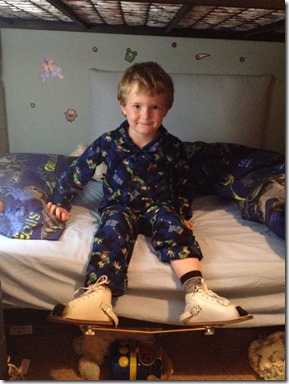 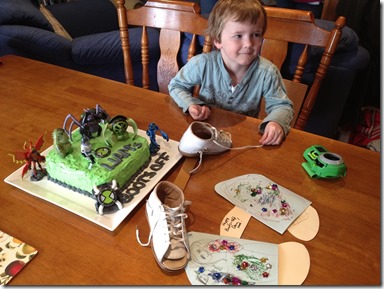 He also successfully said goodbye to his bedtime dummy – around the same time – he left them outside for the ‘dummy fairy’ – with a tear in his eye.   It was closing a chapter on being a ‘little boy’ – and his Mum nearly shed a tear too.

He’s changed and grown since then – but he’s “still the same” in some ways – certainly with regard to the stuff that he still loves – LEGO (especially NINJAGO), and BEN-10 – and playing games on the WII (Donkey Kong).

But – he’s getting sooo much better at all of them.   He can now play the “Lego-Star-Wars” game on his own – or tag-team with his brother Cameron.

And also, Liam is pretty good at “New Super Mario Brothers” and “Mario Galaxy” – as well as, more recently, “Lego Batman” on the XBox – and Fruit Ninja (Kinect).

If you think about it – the controllers for the WII and XBOX are quite different – and Liam has mastered them BOTH.   (and he plays lots of games on the iPhone too !)

He’s just gotten the new Lego-Batman-2-DC-Heroes for his birthday – so it will be great to see how he goes with that.

2012 has meant that he’s now in kinder, and has a bunch of very good friends – he’s been invited to a lot of kid’s birthdays – he’s very well-liked by the boys and girls – probably because he’s very thoughtful of others, and plays well with most kids.   I don’t know of him ‘clashing’ with ANY kids – he’s very easy going.

Liam’s best mate is still Alex Lowe – they write each other little notes and drawings – and hang out when walking to/from school – as their brothers (Cameron and Jackson) are in the same class at school.    Hopefully Liam and Alex transition into primary school – and remain close friends. 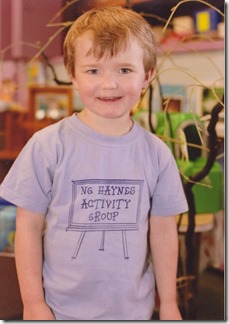 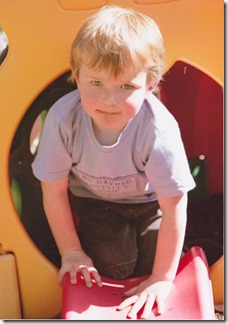 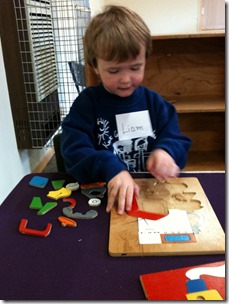 Liam can swing between wailing tears & upset, to laughing & cheekiness in a few moments – he has a cheeky sense of humour – that’s for sure.

He loves to talk, talk, talk – was funny when we had tradies here to do our kitchen renov’s, and he was following them around, telling them about all sorts of stuff – to which they’d go “uh-huh – yep”.

I had a call at work from Donna to say “now, there nothing to worry about, but Liam’s been taken into hospital”.    (WTF !!)

He’ often gets back asthma, and this time, it got really bad – and the doctor recommended an ambulance, and some oxygen.  He was ‘really brave’ he told me – and only spent a day in the hospital – with some fluids, and oxygen – and observation.  It was a bit of a false alarm – but you can see how pale he was. 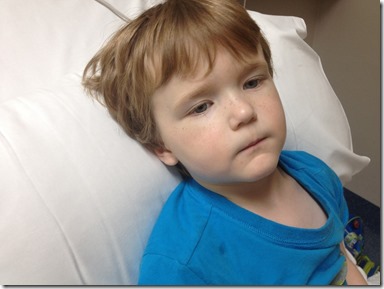 As for activities outside of kinder, Liam has continued with his swimming, and getting really good – a strong swimmer !

And, he began playing footy too – AusKick.   He’s still working out the handball and kicking – but he’s very enthusiastic, and gets right into it.

It was a bit tricky to watch both Liam and Cameron (as they were in separate classes) – I often helped out with Liam’s group – and he would be chatting away to everyone – having a great time.

With his coach Scottie – and brothers – off to play AusKick 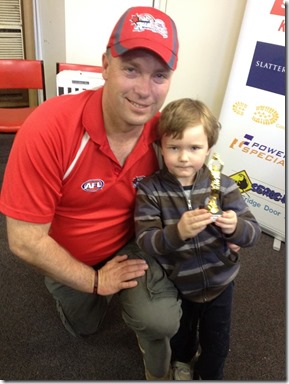 He’s getting much better with his drawings and colouring – and does a drawing in all the birthday cards for his friends.

Liam still has a mailbox obsession, and runs to check if there are any bills or letters, and wants to open them.   We realised his name is “MAIL” spelt backwards – so it’s not surprising !

When I head off to work, he’s usually standing on the front step yelling out ‘byyyeeeee’ – and then yelling a question “Which WAY are you going ??    You’re going DOWN ??!” – meaning “are you heading down the street….(?)”

In fact – he asks almost anyone who is leaving the house – “are you going down ?” – sometimes I like to surprise him and say “no, I’m going UP” – LOL ! 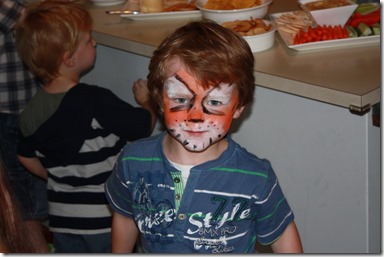 Liam is lucky to have a BIG brother and a LITTLE brother.  He plays well with them both – Cameron is at school during the week, so he has Charlie to hang out with and play games.   And then – weekends – he’s a shadow to Cameron.

They play really well as a three-some – often, it’s like one body with three heads ! 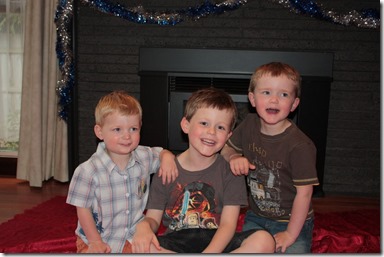 Time to be childish

Kids are meant to be kids – and Liam is an AWESOME kid. 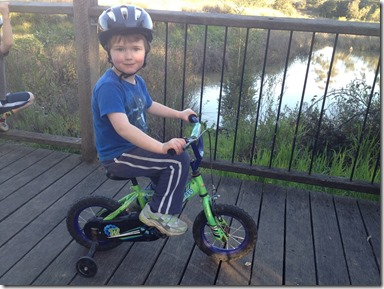 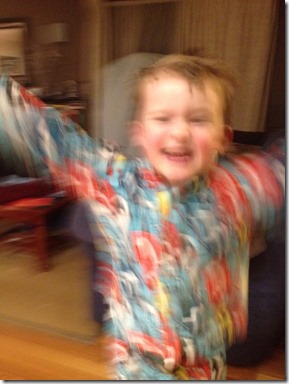 Hope you have a wonderful day.

Mum & Dad love you very much – you make us so happy and proud of you – and good luck for your first year of school !!

4 thoughts on “Liam has turned FIVE !”