With all the preparations and thoughts about having baby #3, the fact that Cameron was about to turn FOUR has kinda crept up on us – it was his birthday yesterday (Valentine’s Day).

He was kinda sad & upset when he awoke yesterday – he looked at his legs, and said “I’m not bigger !?!”   He was thinking he’d grow bigger overnight !

But – he really *IS* becoming a big boy now – as he keeps telling us !

But – he still has lots of tantrums as most kids his age will still do.   But – he comes out with some great comments from time-to-time, always has us laughing.   He’s become a great friend for his little brother Liam – the clown prince + entertainment factory.

Cameron & I share our love of cars via Top Gear and playing with his Hot Wheels cars – and off to the Motor Show again soon (March 1st, look out booth babes !) – as well as sitting on the back of my bike for a spin around Jell’s Park.

He’s been loving “Wall-E” lately, and just got a birthday DVD of “Roary the Racing Car” – another favourite.

We try to make special games time for him when Liam is asleep – either Snakes & Ladders, or Ker-Plunk – or Lego.

It’s amazing to see him grasping the concept of the computer, and keyboard, mouse, etc – and he knows about Google, YouTube, eBay and even asked if I could put the picture from Go-Karting onto TwitPic (“you know Dad, that ClipPic thing with Twitter ?” – I knew what he meant !)

And, when he says stuff like “Dad, you’re my best friend” – I just melt, and forget the tantrums and craziness of other days.

Another few things he loves & have been fun to share with “Mr.3” :

We had a special activity for his birthday – last year we had a family day-out on Puffing Billy (looking a lot younger, eh ?) :

This year we took him GO KARTING.  He loved it, but was a bit scared once or twice.

Admittedly, I *WAS* pushing pretty hard at first, and driving really fast into corners.  At one point, and he leaned over and tapped my arm to slow down (!) 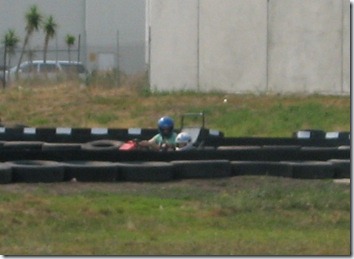 After Go-Karting, we had a party at our house – with cousins, aunties, uncles and a special mate from playgroup/kinder (they’re only 4 days apart in age – been best mates since birth).

We had a “dress-up” party, and was great to see some of the outfits.  Cameron dressed up as Darth Vader (and changed later into Speed Racer/The Stig).

Liam was dressed as a little Jedi – and there was even a Princess Leia – very cute !    And *NO* it wasn’t a STAR WARS theme party – just ended up that way ! 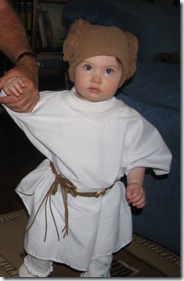 There was a Mr.Incredible, Batman and Cinderella – and a Tinkerbelle who ended up as Darth Vader (Darth Tinker ?) 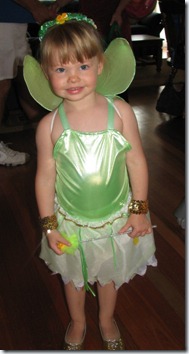 Was great fun with all the cousins – and the usual party games like pass-the-parcel and pin-the-tail – and lots of party food, and an ice cream cake too :

Was a great party – lots of fun had by all.

Thanks for being such a cool dude – and my best friend…